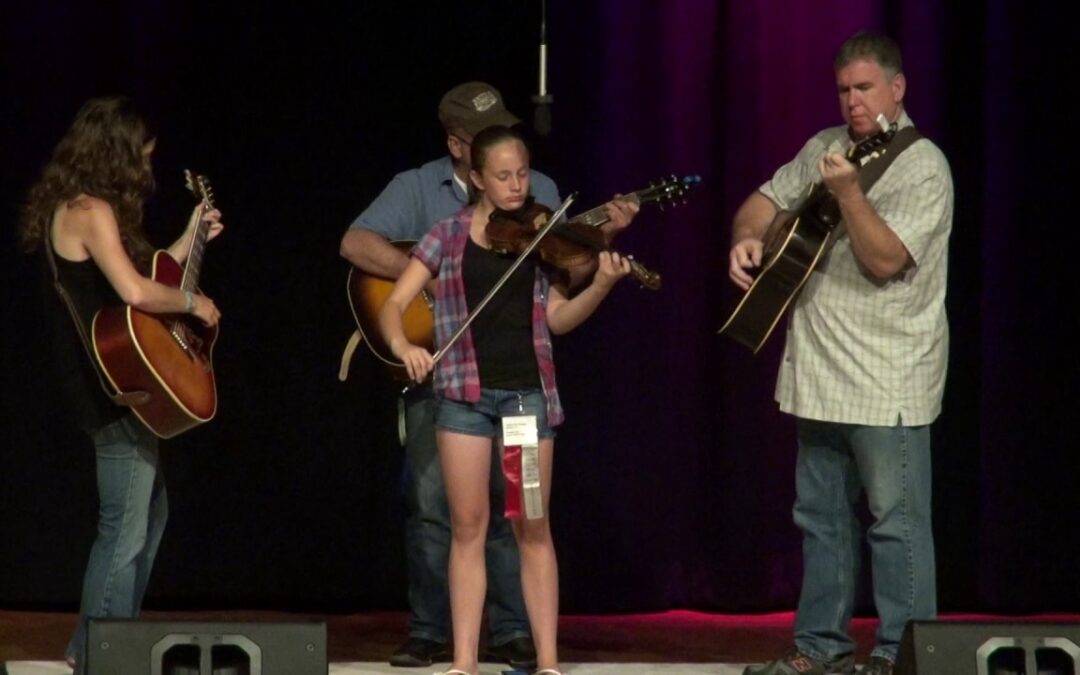 I started playing the violin with the Suzuki method when I was 6 years old. When I was 10, I had joined a local youth orchestra, but I was always interested in more kinds of music than classical. At a summer camp I learned about fiddling.  At about that age, I remember searching on the internet for violin contests and found a fiddle contest hosted by the National Western Stock Show. I was always a competitive kid, and a fiddle contest sounded amazing!

To prepare for the contest I asked my dad to find sheet music for fiddle tunes that I could easily learn in the month leading up to the contest. I competed in the Novice division where I played Cripple Creek and Wizard’s Walk by Jay Unger. To my great dismay I didn’t win. I stopped playing fiddle for a while. I had decided that if I couldn’t win right off the bat then what was the point? 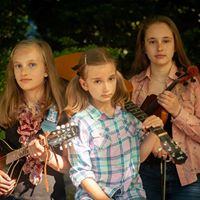 Later that year at the same summer camp from the previous year, I met Katie Glassman. Katie got me hooked on the fiddle. She made it look so fun! Shortly after, I began taking private fiddle lessons with Katie. What an experience! Till then, I never realized how different Classical playing and fiddling were. I had thought that because classical was so much “harder” than any classical player could easily play the simple fiddle tunes. I was so very very wrong. I spent about a year with Katie in person where I worked on learning the “basics” of fiddling, the feel, and the bowing patterns. (I must admit I still am searching for the feel of fiddling.)

When I was 11, with my family, I made my first trek up to Weiser for the National Oldtime Fiddlers Contest. I was fired up to compete in the Jr. Jr. division with other kids my age. I thought I was going to beat everyone. Once again that was not the case…. at all. I had never realized how competitive fiddling was, and really didn’t understand what it meant to be an “advanced player”, even after my many trial and errors.

That same summer my family moved to Pittsburgh. I continued taking lessons from Katie but online, through Skype. Skype brought a new sort of learning curve I had to overcome, there was no way for Katie to move my arms into correct positions, it was harder to show me how to make technical changes, and not to mention the shotty internet connection. Altogether there was something lost when doing online lessons.

When I was about 13 I began to lose interest in fiddling. The contests in Pittsburgh were an entirely different genre than the Texas-style I was used to. They also lacked the sense of community I had found at Weiser. I struggled in lessons and I wouldn’t admit it at the time but I wasn’t working nearly as hard used to. I began to listen to my peers who told me that I should just quit because what was the point? This struck a certain bell with me and once again I began to think “What’s the point in trying if I’m not going to win?” I convinced myself that I now hated fiddle.

The only thing that kept me playing was Weiser. When I was 15 I got an opportunity to travel to Europe with my Orchestra over going to Weiser. This allowed me to lose all (if any) focus I had on fiddle.

Later that Summer my family once again picked up and moved to Boston. While we were trying to buy a house in Boston there were many conflicts and we ended up being homeless! Luckily our family friends offered us one of their cabins in Vermont. Even though I wasn’t excited about it at first, Boston has proved to have many opportunities.

I continued to try to convince myself that I “hated” fiddle. I continued to not prepare for lessons. Thankfully things began to turn around. That Fall Katie 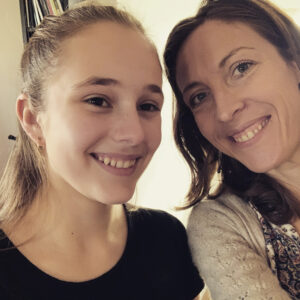 came to visit us and gave me and my sisters a fiddle intensive. While she was here she would pull me aside from my sisters to talk with me. She encouraged me to continue playing and told me that she could tell that I was still in love with the fiddle. No matter how hard I tried, Katie had reconnected me with a part of myself I had shoved deep down. I began to pick my fiddle up a little more, began to play guitar, and listen to fiddle music. Though I did all this where my parents and sisters couldn’t see me. I didn’t want them to know that I had begun to reconnect with the music I’d worked so hard to distance myself from.

That Winter I worked up the courage to ask my Dad to check out some books about the King of Western Swing Bob Wills. I read as much about him as I possibly could. He had me hooked, not only on him as a person but his music. Around the same time I got these books I began to surf the internet in search of fiddle videos. I found Lyle Dixson’s channel where he recorded every fiddle contest imaginable and posted it on YouTube. I would spend hours upon hours watching and researching fiddle. I was once again (whether I liked it or not) hooked on fiddle.

That summer I, unfortunately, was unable to make it to Weiser again. This time for financial reasons and as far as my friends know I missed Weiser because I had rowing practice. Lucky for me, the contest was being streamed. I stayed up late every night to watch the Junior and Championship rounds. I admitted to myself for the first time in 3 years that I very much missed openly enjoying fiddle.

That summer things got tough, rowing was grueling, my favorite dog passed away, and I was in a sort of funk. All my time was spent at rowing. I woke up at 6 to get to practice and wasn’t home till after 5. When I got home I’d shower, eat, and go to bed. I was way too tired to practice. Luckily in August I finally got a break from rowing. I picked up my fiddle and began practicing again. This time I approached my practicing with the attitude of if I’m going to spend time doing something, I may as well do it the best I can. I took a deep dive into fiddle music. 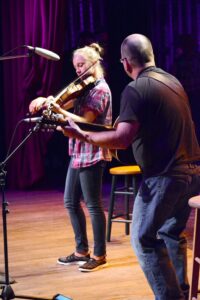 I spent hours listening to Terry, my favorite fiddler. I began to get tired of playing songs I had learned the previous spring and wanted to learn something new. I learned a few parts of Say Old Man off of a Terry recording. During my first fall semester lesson with Katie I played her the parts of Say Old Man I had learned. She seemed so happy that I had taken the initiative to learn something on my own. I’d never done that before. That got me even more hooked. From there I began to pick up speed with my learning. I was very hungry to learn more and to more importantly make up for all the lost time.

I continue to read and watch fiddle videos. I sometimes sneak my laptop into my room at night to watch videos of Terry or other famous fiddlers. I am once again playing fiddle for the joy of playing!