Chance Happenings: How Fiddle Found Me 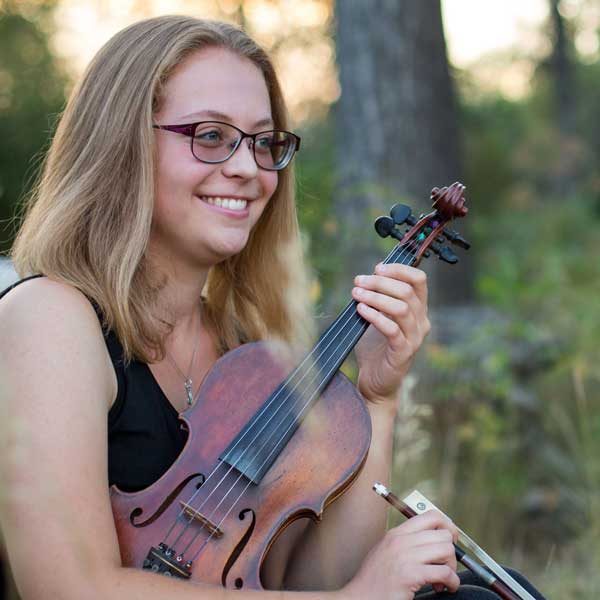 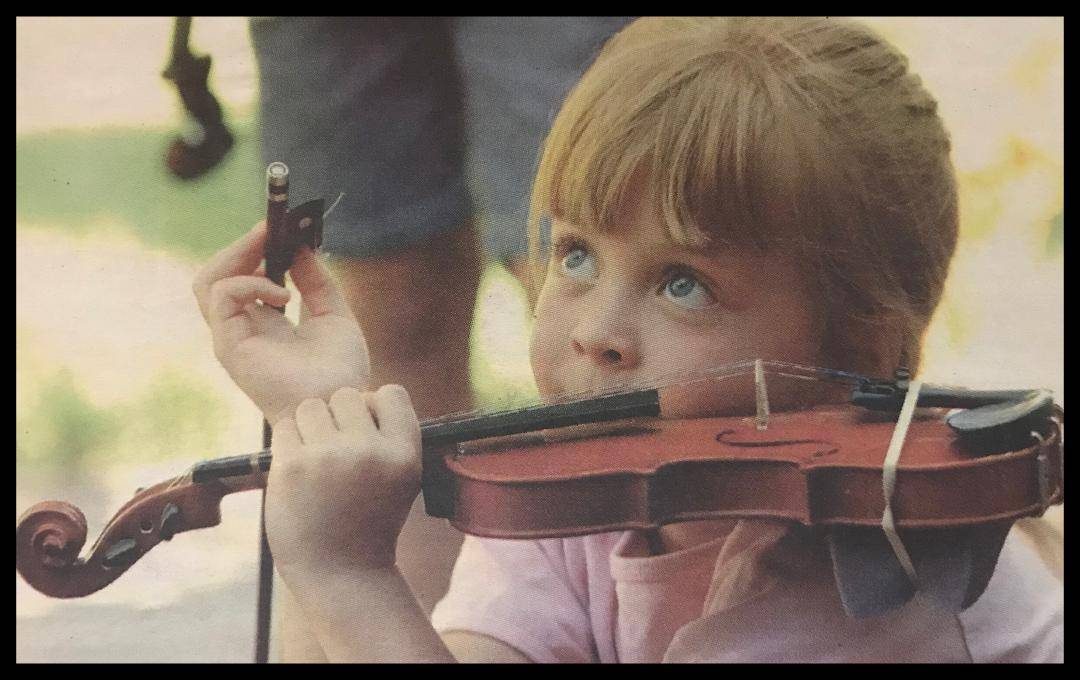 You know the little forks in the road that completely change the course your life? Crossroad moments that, if they hadn’t happened the way they did, would have left you a completely unrecognizable person? Maybe it’s the story of how you found the love of your life at a party you almost didn’t go to, or the time you traveled to the other side of the globe with someone you met when you went back to school on a whim, or that time you encountered a wizard on the street and discovered that you yourself have magical powers far beyond what you ever would have expected… I digress. For me, it was a chance happening like this that began my journey as a musician. I often find myself wondering how my life might look if that lucky encounter hadn’t occurred. Would I have become a scientist, or a politician, or a really good juggler? Or was I always destined to fall in love with music? I’ll never know, but I’m glad I dodged the bullet on the juggling thing, at least.

This divine moment of serendipity happened when I was only five years old, walking down Pearl Street in Boulder, Colorado with my family. The street was full of interesting novelties: colorful kites, jugglers, bustling shoppers, candy stores. And then, amidst all the chaos, I saw her: a street musician sitting humbly behind her case, playing something beautiful on her violin. I paused and stood there for what felt like an hour until my parents gently pulled me back into the real world. But for the rest of the day and months afterwards, I couldn’t stop thinking about what I’d heard. Even today, I sometimes think back with gratitude and send thanks out into the universe to that musician. 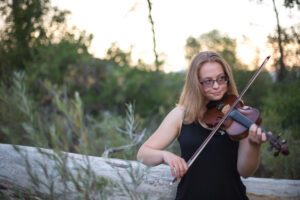 Later that year, when I wrote my letter to Santa to tell him what I wanted for Christmas, I begged him to please bring me a violin. As long as that happened, it didn’t even matter if he ever brought me any other presents ever again, I said—big talk from a five-year-old. And lo, on Christmas morning, a quarter-size violin appeared beneath the tree (thanks, parents, for heeding my constant babbling). I kept opening and closing the case all day, running my fingers over the orange varnish and plucking the strings. I even tried playing it once or twice, but the instrument’s immediate complaints made both me and my parents believe that perhaps, if anyone were to go on living without a constant headache, it would be best to seek out a teacher to help me get started.

Thus, a couple months later, I found myself sitting across from Miss Carol, a wonderful woman with the patience of an old oak tree. She taught me in the Suzuki method for about a year and then she decided to host what she called a “fiddle boot camp,” a weekend during which she invited a local fiddle teacher to come give some workshops. From the moment I heard the first fiddle tune that weekend, I was hooked. The local newspaper even stopped by to get a look at all the musicians and snapped a shot of me (the one pictured above), my neck craned, jaw slack with awe as I looked up at the teacher towering feet above me. As you can see, my rest position was still a work in progress.

After that camp, I wanted nothing but fiddle music and its bubbling, joyful sounds. I stopped taking classical lessons and took up fiddle lessons with the teacher from the camp. She gave me recordings of jam sessions and contests that I listened to constantly: on my Walkman, in the car when my mother wasn’t already too “fiddled out,” at night before I went to bed and in the morning when I woke up. I couldn’t get enough.

After a year of fiddle lessons, I entered my first fiddle contest. I was terrified. My hands shook, my stomach turned, and it seemed like I couldn’t wipe the sweat off my palms often enough. But I did it anyway, because underneath my nervousness was explosive excitement. I met fiddlers my age and saw grown-ups in the contest who sounded like the recordings I loved so much. In fact, I met many of my great musical heroes at that contest in the coming years, including Dick Barrett, Texas Shorty, and Joey and Sherry McKenzie, among others. And of course, it was where I met Katie for the first time. But I didn’t know any of those big names during my first year there. I only knew that playing in the contest gave me a rush of excitement and happiness like nothing I’d ever experienced.

I started attending as many contests as I could over the coming years, first going to the smaller summer contests at county fairs and then working my way to bigger contests. I found fiddle paradise when I finally attended the National Old Time Fiddlers’ Contest in Weiser, Idaho. At least it felt like “finally,” though I was only ten years old the first time I went. When my time to play came, I played the tunes that I’d prepared, but my nerves jittered and the voice in my head was loud and discouraging. The pressure felt intense and I made mistakes that I never expected to make. When I came off the stage with hands shaking, I felt defeated. I had come so far just to do that? My cheeks flushed and my eyes watered. I was so disappointed in my playing. But even though the competition rattled me, Weiser blew me away. It felt like I’d stepped into a dream world where everyone loved fiddle just as much as I did. There were all-night jams, a week-long contest, and an entire town that celebrated “fiddle week” right along with the contestants. It was a musical home and a family, and more than anything, I wanted to feel like I was really a part of it. And so I found myself at another crossroad.

That year, I went home and practiced harder than I ever had. Some days, my mom had to tell me to stop practicing so that I could eat dinner with the rest of the family. The more I played, the more I loved it. On days when I skipped a practice, I thought I could feel an ache in my left hand, as if my fingers missed the feel of the strings. The next year, I went back to Weiser feeling different about it. I didn’t go to try and “do well” in the contest. I went because I loved the music and I wanted to be surrounded by people who loved it like I did. That year, when I played my rounds, I smiled, took a deep breath, and played with more feeling than I knew I could. And that year, when I stopped playing for a trophy and started playing for a feeling, was the first year I won my division. It felt incredible, but the best part was the support and love from my fiddle family. 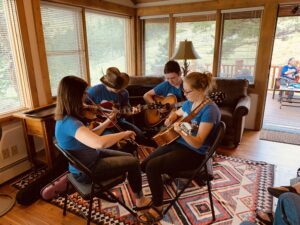 A few years later, as I began high school, I took my first lesson with Katie, another crossroad. Katie had always always a fiddler I admired, but when I started taking lessons with her, my appreciation grew to a whole new level. She modeled an incredible drive and attention to detail that still awe me today, and she opened my eyes to new styles of music that I’d never explored. She was also one of the first and strongest voices of encouragement to nudge me to pursue a career in music. Throughout several years of lessons with Katie, I came to see a world of possibilities in music that I’d never seen before. I started playing in bands, grew my teaching studio, and began to explore genres outside of Texas style. It felt like a time of change and possibility in my music, a feeling that continues today.

I’m still at the beginning of my musical life story, and that excites me. I know I have so much to learn and discover. Some days that feels daunting, some days it feels exhilarating. But every day, without fail, I give thanks that I have music to carry me through life and all its crossroads, and I’m so excited to see where those crossroads lead next.