Duke Ellington’s Jazz Violin Session: An Album Not to Miss 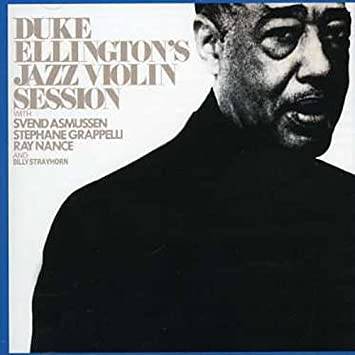 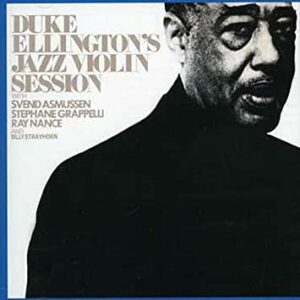 Have you had the pleasure of listening to Duke Ellington’s Jazz Violin Session? Recorded in 1963 but not released until two years after Ellington’s death in 1976, these sessions feature Ellington and members of his orchestra plus three paramount jazz violinists: Svend Asmussen, Stéphane Grappelli, and Ray Nance. The other players on the album include tenor saxophonist Paul Gonsalves, drummer Sam Woodyard, bassist Ernie Shepard, alto saxophonist Russell Procope, and trombonist Buster Cooper. Ellington plays piano on all tunes except two, where Billy Strayhorn takes his place. The tunes are Ellington and Strayhorn compositions. Listen here.

Danish violinist Svend Asmussen was born in Copenhagen in 1916. He “attended dental 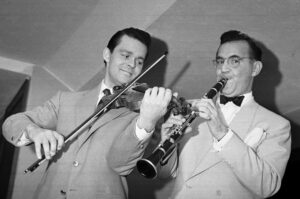 school but, he said in a 1955 interview, did not have ‘the least interest in dentistry’ and was playing music professionally before he was out of his teens” (New York Times.) Although Asmussen’s main instrument was violin, you’ll hear him playing viola on this album to round out the low end of the strings. On every tune, you can recognize his playing by its explosive groove. On this album, each violinist gets a solo feature on one tune. Asmussen’s feature tune is “Don’t Get Around Much Anymore.” Listen here.

French violinist Stéphane Grappelli was born in 1908 and was a founding member of of of jazz’s first all-string groups, the Quintette du Hot Club de France. He’s best known for his prolific work with pioneering guitarist Django Reinhardt; together they shaped the style we now know as “gypsy jazz,” jazz manouche, or hot jazz. His unmistakably elegant style shines through throughout this album. Grappelli (or Grappelly, as he was billed for the first three decades of his career) has his solo feature on the tune “In a Sentimental Mood,” a choice that really accentuates his refined playing and emotional nuance. Listen here.
American musician Ray Nance, born in 1913 in Chicago, wasn’t only an incredible violinist. “In high 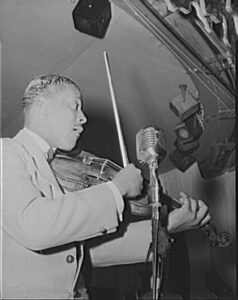 school, he taught himself trumpet because ‘I wanted to hear myself on a louder instrument in way I couldn’t do with a violin in an orchestra'” (New York Times.) He became a drum major in his high school band, then took up singing and later the cornet when he joined Duke Ellington’s band in 1940. It seems that there was no instrument he couldn’t play. On this album, you can hear his knack for melodicism in each solo he takes. Nance is the featured soloist on “Day Dream.” Listen here.
If you enjoy listening to this album, you’ll be rewarded by diving into each individual artist’s body work as well. What are your favorite jazz violin albums and artists? Share them with us on social media or send us an email with your favorite gems. There’s nothing we love more than sharing great music.