The History Behind the Song “Lily Dale” 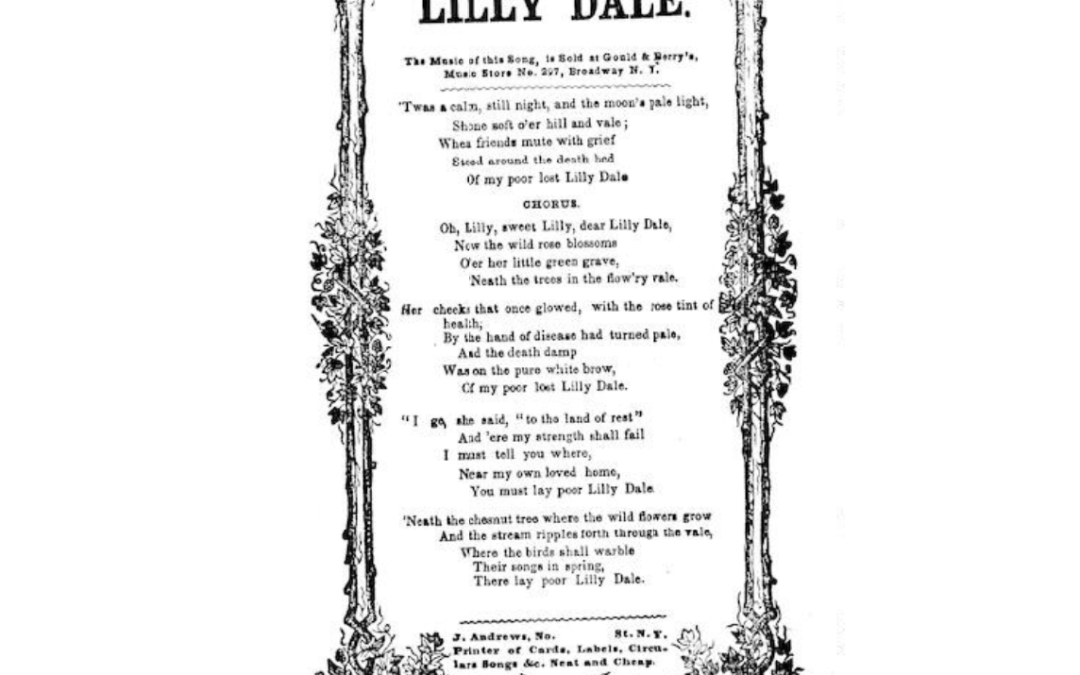 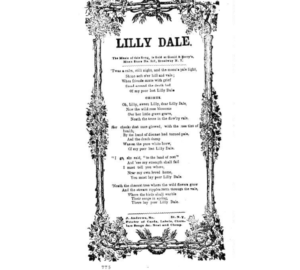 Not a lot of information remains about H.S. Thompson other than the works he created. Many of the pieces he wrote, including “Lily Dale,” were used in blackface minstrel shows. Ballads in the minstrel genre were often “exorbitantly maudlin” (James Joyce & Music). That sense of tearful sentimentality is strong in “Lily Dale’s” words and music.

During the Civil War, which came less than a decade after “Lily Dale’s” publication, the song was popular among both Union and Confederate troops, who often sang it because “it expressed the feelings of loneliness and anxiety of the soldiers as well as civilians” (Laura Ingalls Wilder A-Z). It was also a popular song to sing during the Alaska-Klondike gold rush (Murray) and became a favorite at concerts and dance halls. “Lily Dale” became so much a part of America’s cultural fabric that it was featured in works by authors Laura Ingalls-Wilder and James Joyce.

In the original version of “Lily Dale,” the lyrics tell the story of a bereaved lover grieving the death of sweet Lily Dale. When it was later recorded as a Western Swing song, the lyrics were changed to express the sorrow of a relationship ending. Today, “Lily Dale” is a staple in the Western Swing genre (and it’s featured in Fiddle School: Session 2 as part of our smooth bowing lesson).