Change Your Brain: How Learning Music at Any Age Makes You Healthier and Stronger

Often, adults say to me, “I wish I’d never stopped playing ___________ (insert instrument here) when I was a kid. But it’s too late now.” I have news for you: it’s never too late to come back to your instrument or pick up a new one, and there are actually innumerable ways you and your brain will benefit from it.

Before you get started (or restarted), get clear on what your goals are. You shouldn’t set out by expecting yourself to perform at Carnegie Hall or win the National Fiddle Championships. You’ll have opportunities for measurable accomplishments such as fiddle contests and performances along your musical path, but for people who stick with the instrument once they start, those flashy achievements are not the goal. The goal is to enjoy yourself and become a more whole person by feeding your creative side. Everything that you do as a musician should serve those ends.

When you’ve decided to pick up an instrument again and you’ve got your motives straight (enjoyment and improvement, not fame and fortune), the voices in your head might be loudly protesting. “You’re too old! You’re not good enough! You won’t be able to learn this!” You might hear many variations on this theme, even after you begin playing. But according to Norman Weinberger, a neuroscientist at University of California Irvine,

“A lot of people believe the brain isn’t very plastic after puberty. In fact, the brain maintains its ability to change,” Weinberger says. “Is it as easy to learn something when you’re 65 as it is at 5? No. But can it be done? Yes.” (NPR) 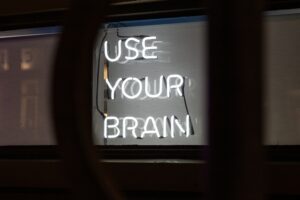 If you’re returning to an instrument, it will challenge you in a different way than it did in your younger days, but that means nothing about your ability to learn. If you’re picking up the instrument for the first time, know that your age is no reason to miss out on the benefits of playing an instrument, which are vast.

I know it can often feel like you’re trying to pat your head, rub your tummy, drive a car, and pay your bills at the same time when you focus on the many skills that go into playing an instrument well. But when you put yourself up to the challenge, think of the workout you’re giving your brain. You’re performing different physical operations with both hands, maybe tapping your toe at the same time, thinking ahead to what notes you’ll play next, subconsciously (or maybe consciously) calculating rhythm and timing, and so much more. This is why, unlike with language, there is no one music center in the brain—there are many (NPR). It’s incredible that our brains can perform these functions, and when they do, they become much stronger in many places.

Musicians, no matter their age, see improvements in brain function ranging from mood to executive functioning and more. According to Dr. Ronald Devere in Practical Neurology,

“Musicians have been shown to have greater volume of the auditory cortex (surface), premotor regions, cerebellum, and anterior corpus callosum compared to non-musicians. Musicians are likely to recruit both halves of the brain when performing music tasks… Studies have shown that elderly musicians outperform non-musicians on tasks assessing auditory processing, cognitive control, and comprehension of speech in noisy environments. This has also been shown to occur in elderly persons with minimal early music training and even after a short period of music training in those with no previous music training. In addition, music training early in life was associated with faster neural responses to speech in elderly individuals.” (Practical Neurology)

That means that, even if you only had a little musical training in your younger years, it had a lasting effect on your brain. And what if you haven’t had any musical training yet? Here’s what Devere has to say:

“In one study, musically [untrained] participants (ages 30-85) who received six months of piano lessons compared with no treatment control group showed improved performance on specific cognitive tasks that represent executive function, such as speed of processing information, verbal fluency, and enhanced mood. These studies suggest that music training may have a protective effect in the face of age-related mild cognitive changes and can occur even after short periods of training in the elderly.”

To sum up: no matter how old you are (the oldest participants in that study were 85!), even a short period of musical training can help protect 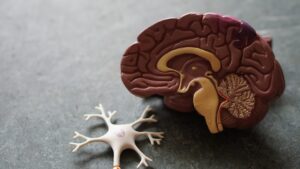 your brain from cognitive decline as you grow older.

Every time you play music, you create new synapses between your brain cells. When kids play music, they actually build new brain cells. But we’re stuck with the ones we have, so building new synapses is the way that we learn new skills. Sure, kids have some advantages when they learn to play music, but you as an adult have plenty of advantages too. You can hear things in music that would’ve escaped you as a child, you have knowledge of a much broader range of music to inform your learning, and you have a lot more resources to draw upon (like virtual learning, for example).

All the advantages you have as an adult learner combined with the benefits of learning music at any age put you in a great position to pick up an instrument or continue exploring and learning on an instrument you already play. You’ll strengthen your brain and cure yourself of the “shoulda coulda wouldas,” as my mother would say—not to mention have a great time. You’re up to the challenge, and in fact, this musical challenge is one of the best ways to prepare yourself holistically for the other facets of life and anything they may bring. So get playin’!